Even if the landlord pays 100% of the cost to move your store, you will incur a loss. In addition to the time spent planning and executing the move, it will disrupt your business. Some previous customers will believe you have gone out of business and instead of realizing you’ve moved to a different location within the mall. Relocation clauses are another issue where the interests of the landlord and the tenant diverge.

An “event of default” is when either party does not perform as agreed upon in the lease. In some leases, the landlord has the right to terminate the lease if the tenant defaults. This can include both objective and subjective issues. An objective issue is timely payment of rent. A subjective of issue could be a product or service offered by the tenant which was not initially contemplated.

For example, the tenant initially sold skateboards but is now also selling clothing for skateboarding. (Leases often define precisely what business the tenant may perform in the retail space. From a technical perspective, even a slightly different type of business is a violation of the lease, which is an event of default.)

Most landlords and most tenants act reasonably. However, some people are unreasonable. Consider the following example. Retail space is leased at a fixed rental rate agreed upon 10 years ago. The contract rent is $ 15 per square foot but the market rent is $ 30 per square foot. The lease continues for another 10 years at the same rental rate. Due to a clerical error, the tenant forgets to send a rent payment one month. The tenant has an exemplary history of timely payment for the previous 10 years.

What if Landlord Can’t Perform?

For example, a lease includes an affirmation by the landlord to comply with local laws and regulations. However, city council retroactively increases the parking requirements. (The number of parking spaces required per 1000 square feet of space.) This issue is being intensely litigated by local retail center operators. However, final resolution of the litigation is not expected for three or four years. Should the tenant have the right to terminate the lease in this situation?

Most retail space leases address the venue for resolving disputes between the tenant and landlord. In most cases, the venue is state district court in either the location of the retail property or where the landlord is headquartered. The former is prevalent. There’s a growing trend to require binding arbitration for disputes. The advantage it is a less expensive process to resolve differences of opinion. The disadvantage is forgoing some of your rights for a process which can be even more arbitrary than state district court.

Finally, tenants should consider providing themselves an escape clause. When starting a business, a high level of optimism and the excitement is typical and understandable. However, the actual business results sometimes fall far, far short of what was expected.

For example, assume you had expected sales of $ 20,000 per week for your retail store and thought the very lowest level that could possibly occur would be $ 5,000 per week. Even though the $ 5,000 per week seemed like a very pessimistic scenario, you were comforted that the business would be profitable at this level. At least you’d be all the pay your expenses and pay yourself a barely adequate salary.

Unfortunately, the pessimistic scenario turned out to be wildly optimistic. For whatever reason, the stores only generating sales of $ 1500 per week. This is inadequate to pay your cost of operations.

What Rights Should You Require?

Should you have a right to terminate your five-year lease in this scenario? If you do terminate the lease, what is a reasonable amount to pay for expenses incurred by the landlord?

Beware of the Consequences

Although termination clauses and personal guarantees may seem like an arcane nuance when negotiating the lease for your new business, they are critical factors. If you personally guarantee the lease and do not have an option to terminate the lease if your business performs poorly, in a worst-case scenario you are faced with personal bankruptcy or funding an operating deficit for a long period of time.

This concludes the article on leasing retail space. By researching best practices for your competitors, carefully analyzing the demographics and psychographics of successful stores, identifying an appropriate submarket for your store, performing thorough due diligence regarding the retail space you are leasing and carefully negotiating the lease, you have substantially improved your chances of success. In addition, you will have mitigated your exposure in the event your retail establishment is not successful. 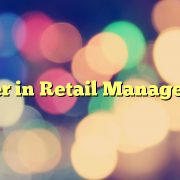 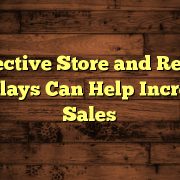 Putting A Retail Open-To-Buy To Work

Get the advantage of Retail Cloud Software